Spitfires of the Sea was created to provide a clear and concise overview of Coastal Forces in the Second World War. It seeks to explain their development, provide details of their design, cover their actions and the crew that served in them and, where possible, identify survivors from that period that still survive today.

Coastal Forces have not perhaps received the full amount of attention in history that they deserve. Whilst there have been many excellent books written about Coastal Forces, they are not as easy to obtain today as books on other subjects. This website seeks to help redress that balance by providing information for the general reader that enables them to get a better understanding of their fascinating history.

To ensure accuracy throughout, only reliable sources, either published works or original documents (such as Admiralty reports held at The National Archives) are used to put the content of this website together. That said, identifying surviving craft is not something that can be easily looked up and much original research has gone into finding and verifying the existence of these boats.

In creating the website, it has been necessary to create a few standards where they do not always exist in sources. MGBs are usually known as Motor Gun Boats, but occasionally as Motor Gunboats. On this site, Motor Gun Boat has been used, in order to provide consistency with MTB and Motor Torpedo Boat. Similarly, the term S-boat is used throughout rather than E-boat. In The Battle of the Narrow Seas, Peter Scott explains that the term E-boat was officially adopted by the Royal Navy in 1940 as an abbreviation for Enemy War Motorboat. However, S-boat is an abbreviation for the boat’s German name ‘Schnellboote’ and is more consistent with the abbreviation of R-boat for Räumboote.

About the author, Stephen Fisher 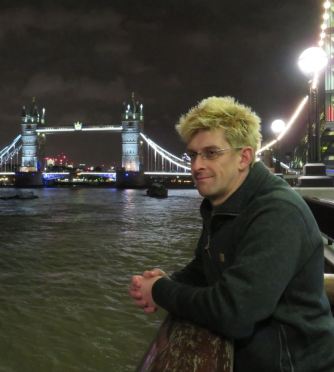 As a freelance archaeologist and historian specialising in 20th century maritime warfare, I’m lucky enough to work in a field that I’m deeply passionate about. I have been researching Coastal Forces for a number of years and in that time I have recorded or advised on the future of a number of historic motor boats and authored the Haynes Manual on Motor Gun Boats, published in 2020. I have also assisted with the creation of the new Coastal Forces exhibition, which borrows from my own website’s name, which will open at the National Museum of the Royal Navy in 2021.

Alongside Coastal Forces, I have researched a number of aspects of D-Day, principally embarkation from the south coast (an ongoing line of work originating from a limited study in 2014). This work has included archaeological and historical assessments, which have shed new light on D-Day sites in the UK. A study in 2018 led to the recovery of a number Mulberry Harbour Kite Anchors off the Isle of Wight and ongoing research has highlighted the role of embarkation areas such as Lepe Country Park.

My D-Day research has also included landing craft. My earliest work was as part of an investigation of LCT 2428, which sank the night before D-Day, depositing its cargo of tanks on the seabed of the Solent. I carried out the historical research for the documentary No Roses on a Sailor’s Grave and between 2019 and 2020 I was the heritage adviser for the National Museum of the Royal Navy’s restoration of LCT 7074.

Between 2014 and 2017, I led the research of more than 1,100 First World War shipwrecks along the south coast of England for the Maritime Archaeology Trust’s Forgotten Wrecks of the First World War project. During the project, my colleague Dr Julian Whitewright and I identified two German destroyers dating to the First World War in the middle of Portsmouth Harbour.  Previous work has included compiling a comprehensive archaeological desk based assessment of the Second World War archaeology of the New Forest, overseeing a comprehensive study of historic rights of way in Hampshire, and work at Stonehenge. At present I undertake archaeological surveys of the New Forest and occasionally sail with Zegrahm Expeditions as a historian.

© Spitfires of the Sea.